29 avril 2016   by Yanis Azze
#AR #VR #Prospective
Back
Virtual and Augmented Headsets are our first Time-Travelling and Teleportation devices.

You may not be there physically, but as far as your perception, vision and senses go, there’s now no limit to the experience of another place or another time. While it may take a while to produce engaging, accurate or fully immersive Historical or Geographical virtual experiences, the stakes for educational or informational institutions and governments is potentially bigger that one can imagine.

Today, most people look at VR headsets as a great entertainment device, but there doesn’t seem to be much information on the future implications it could have for education and information. In the coming automated age, in which tertiary as much as services and liberal jobs are said to account for a future 45% unemployment rate, there’s more than ever an opportunity if not a need to provide next generations with tools and technologies that enables them to dig deep in the common wealth of historical, geographical, cultural or scientific knowledge and seek the solutions to ever deepening and widening problems of 21th century societies.

While the Internet brought such a promise as being the first universal library and providing free access to knowledge and culture, the then unknown factors of control and restrictions (because Code is Law) have end-up turning this global network into an limited channel for learning, although it remains the core of our 21th informational age. Virtual Reality is an opportunity to set new rules in how informations, knowledge and experiences are produced and shared across the world. 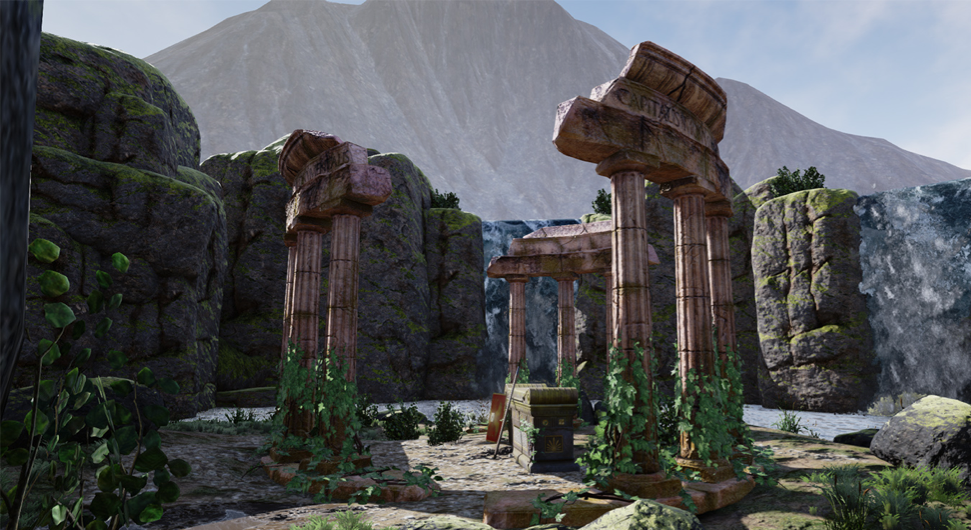 In the first scenes of the movie Inception the protagonists are found to be inside of a dream built around what seems to be the Arab Springs. And much like a Vivid Dream, what makes Virtual and Augmented Reality so peculiar is not just what you see but the sense of presence and depth of the environment it provides your brain with. These layers of presence and immersion give new meanings to all the content and information we’ve only been exposed through flat papers and screens until now. Even if you can’t touch it (yet) or change the course of History, the ability to be fully immerse in a Historical reality in terms of visual, perceptive and interactional narration makes it the first Time Machine.
The possibility to not just read, see or understand, but instantly feel the particularities of certain parts of Histories, when the experience is compelling, also has deep potentials for the way we teach, learn and experience the common human curriculum. Several universities and experiences have been exploring the concept of altruism through different immersions, like the gender swap experiment, the Stanford university Superpower self-reinforcement experience or the brilliant Oculus share app Wake-Up which places you into the dream of a disabled man, but when narrating real Historical events the stakes are deeper. 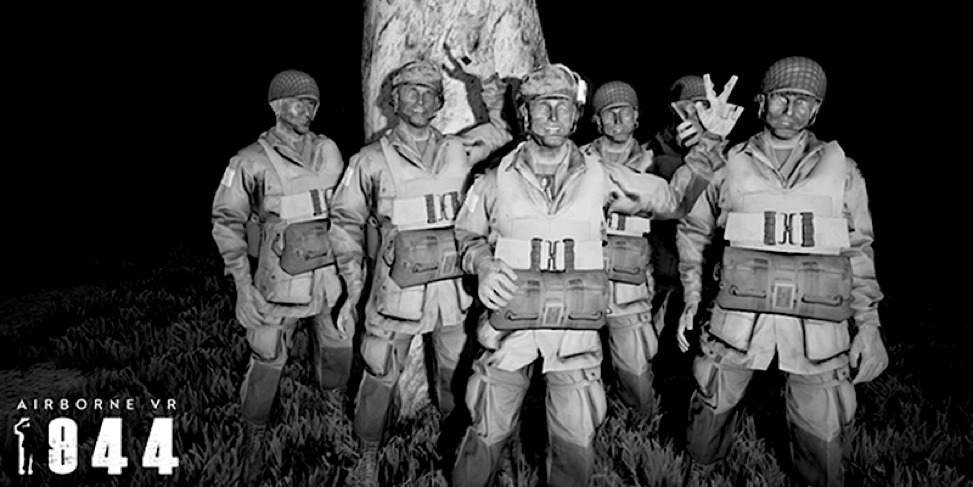 Countless Historical landmarks have been recreated in the virtual space, but the experience is further enhanced when it becomes localised and social: The London start-up Timelooper has released a VR app which accompanies you during a city tour by providing Virtual recreations of Historical scenes superposed with the actual location you are at. Recently a French start-up backed by the City of Paris launched an updated landmark telescope by merging it with virtual reality, called the Timescope. This new Virtual terminal lets anyone see a 360° recreation of indoor or outdoor touristic cites as they were in the past, for a 2€ coin. We can also imagine that such “retro” VR experience will be a great tool for creatives, thinkers and researchers to channel the feel, societies and mentalities during particulars eras. 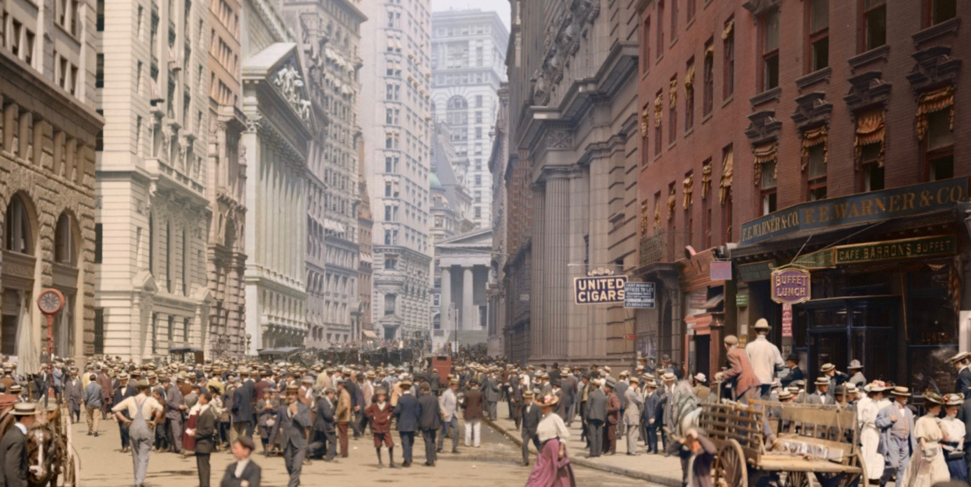 But if we push these thoughts further in the future, one might wonder what the implication would be not just for Education but also History as an information and cultural tool. If the presence and immersion in History enables learners to get a faster, deeper understanding of it, we may also ask: who will be writing this History? In conjunction with other converging technology standards such as cloud computing, virtual streaming or cloud-sourcing (crowds working on code, graphic and app in the cloud), we might avoid stumbling on the sometimes dubious Wikipedia entries editing or oriented media angles. In fact, Virtual and Augmented Reality are the biggest opportunities we have to establish universal, standard and neutral education and information contents, with the Internet as our best example of things to avoid and prevent in the future. This gets further an issue to deal with in Virtual Geography.

One of the first use for Virtual Reality is the ability to travel around the world, not only in 3D recreations of touristic landmarks but also the shared voyage 360° videos and experiences, abundant on Youtube. The possibility for travel agencies to advertise their idyllic destinations with a virtual tour of the actual place, bungalow or hotel suit included, makes VR a compelling marketing argument, as it is for Housing , Architecture, Events or Work as well.

And if we see internet as the global village with the ability to instantly communicate through messages, conference call or event streaming, Virtual Reality will further translate digital social interaction in a form of virtual omni-presence, as people will have the possibility to not just Skype with families, Chatroulette or Periscope with anon persons, or communicate with other Online Poker players through a mic and webcam, but be able to transcribe, swap and represent the whole environment of the people we interact with. As hinted by Microsoft HoloLens holoportation , 360° Connected Drone will follow and stream each other’s surroundings making it possible to both teleport a user to his grand-mother’s house or a friend’s remote vacation house, and project this person into their environment. 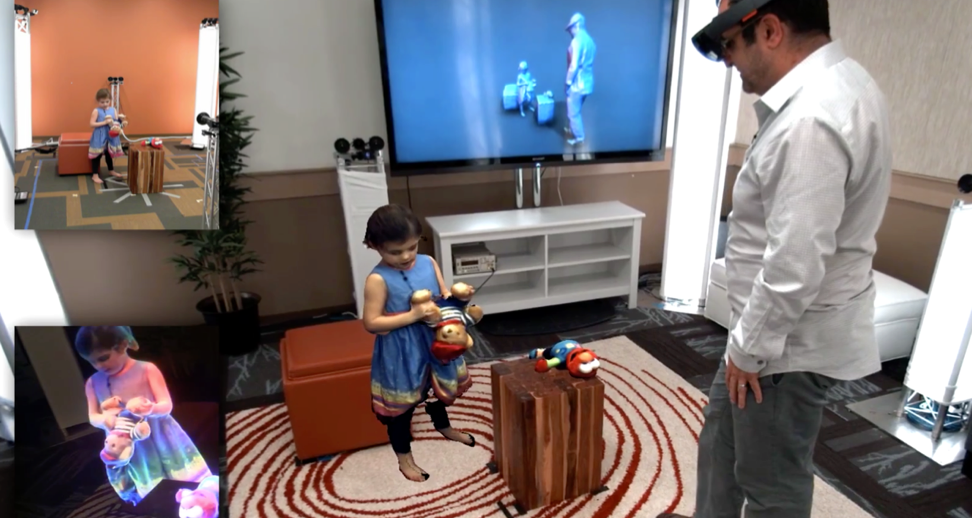 But beside the temporal implication of VR and AR, there are also spatial, or rather geographical, thus geosocial and geopolitical implications. With the new Marked as Safe function from Facebook accompanying the live feed of information, we have seen more than ever a real-time and globally shared set of reactions and emotions from people on social networks. Combined with the advancement in virtual and interactive geo-localisation such as Google’s Earth , people will be able to immerse themselves geographically in the setting where events are happening. 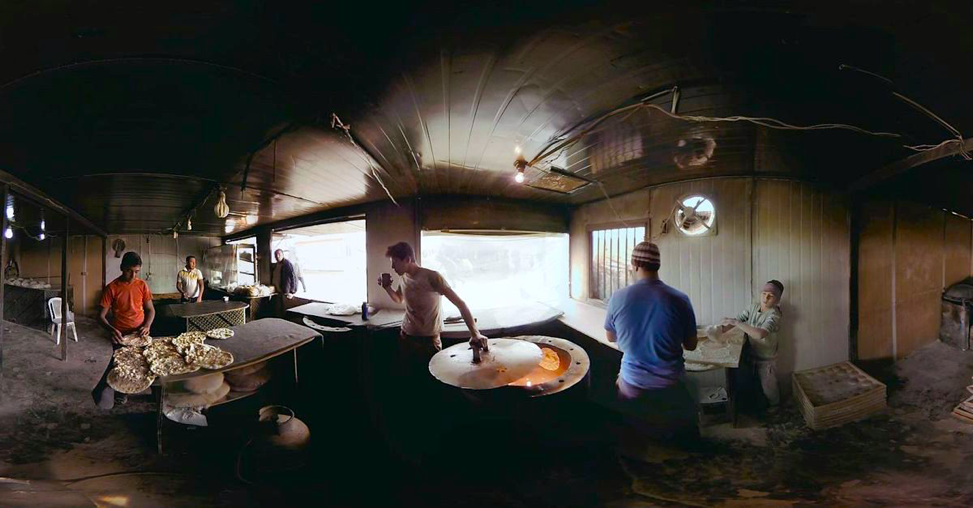 The implication is even more dramatic for neo-documentaries and media reporting: even if they are not physically located, the virtual presence and immersion of millions of witnesses at the location of events, either mundane ones like the British Royal Wedding as well as in conflicts and war zones in Middle-East, will rise the stakes for the control of information and public perception of these events. Though as previously mentioned, evolving connected technologies and the large tasks implied by the virtual recreation of Historical and Geographical information is also an opportunity to create new systems and utilities placed at the center of the communities and on neutral grounds, as such task might be undertaken by serious global reporting agencies such as the U.N. and other NGOs as well as universal education initiative such as Khan Academy, TED or Unimersiv.